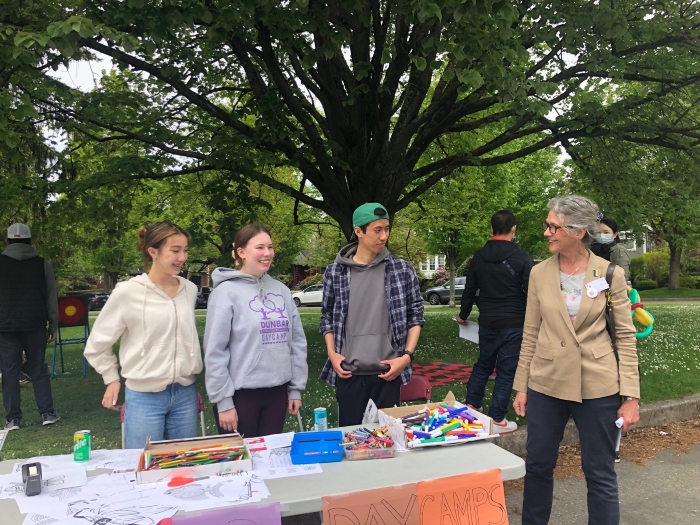 Returning last week from Ottawa, my thriving veggie garden reminds me that summer is in sight! Much as we might be yearning for steady sunshine, I appreciate the way the spring rains have been replenishing ground water and – I hope – reducing the risk of summer wild fires.

Canadians are travelling again, as anyone who experienced long line-ups at Vancouver airport security (as I certainly have) will certainly attest. As I think about reconnecting with family and friends and taking advantage of warmer summer weather, BC’s beautiful coastal waters, islands and spaces certainly beckon! Vancouverites have a close connection to the Salish Sea, to coastal areas and local watershed ecologies. So let’s celebrate the oceans: from June 3rd to 12th Canada celebrates Ocean Week, a yearly national festival of ocean events and activities surrounding World Ocean Day, which was June 8th.

Humanity is slowly recognizing that oceans, covering 70% of the earth’s surface, are interconnected with everyday human lives and health, and play a crucial role in climate change. Later in June I’ll be in Portugal representing Canada at the UN Ocean Conference, where the international community will share solutions and commitments to restoring ocean health. 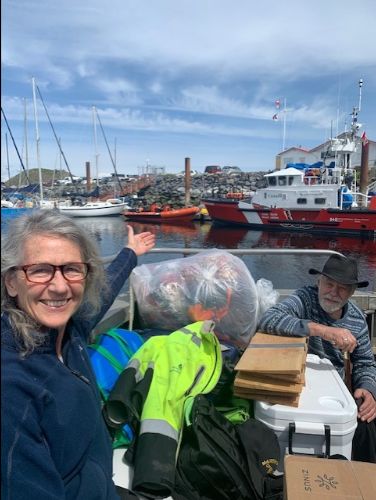 Giving a wave to the Parksville Coast Guard Search and Rescue Station personnel,
dedicated to protecting BC oceans and mariners!

Treating drug addiction as a health matter will save lives

In 2021, 2,224 British Columbians died from suspected illegal drug overdoses – a tragic and growing provincial emergency. The Federal Minister of Mental Health and Addictions, Hon. Carolyn Bennett announced in Vancouver – with the B.C. government – that as of January 2023 adults possessing small amounts of illicit drugs will no longer be arrested or charged. This three-year trial will de-criminalize personal-use possession of addictive and potentially lethal drugs here, and adds millions of dollars to BC’s substance abuse and addictions programs. Exploring the decriminalization of illicit drugs accompanied by health supports, is a big step in the right direction. Please join me in my upcoming MP Brunch Connection on Friday June 17th with Minister Bennett, on Saving lives, Trauma and the Opioid Crisis.

Keeping people safe should be a top priority for any government. The recent horrible mass shootings south of the border targeting schoolchildren and Black Americans reinforces my conviction that easy access to lethal weapons must be addressed. Two years ago, our government banned 1,500 types of military-style assault firearms and expanded background checks. Two weeks ago, Prime Minister Justin Trudeau announced new legislation to further strengthen gun control and save lives by implementing a national freeze on handguns.

Staying focussed on the “green transition”

Another set of investments recently announced by Canada, in partnership with other governments, included funding to replace polluting diesel fuel with solar electricity, to power BC’s remote First Nations communities. Investments in green infrastructure projects help build sustainable and resilient communities. They create solutions that tackle climate change and mitigate its impacts—such as the wildfires and floods experienced here in BC this past year—and they support the shift to a cleaner economy that will help communities prosper.

In case you missed it:

As mentioned in my May newsletter, if you do plan to travel outside Canada, please check your passport expiry date right away, and apply for a renewal early, since it might take time. Passport Canada is still experiencing passport renewal overloads, so plan well in advance before travelling!

I wish you a regenerative, fun and safe summer vacation, and hope it includes a chance to soak up some of the incredible waters and wilderness our province has to offer.

Warm regards and wishing you a Happy Canada Day for July 1st!